The best way to create a culture of feedback 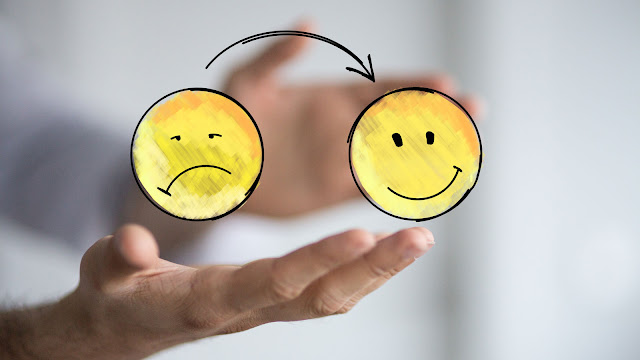 Feedback is important. Feedback is lacking. We need more feedback. That’s a reasoning you often hear. And what do we do then? Since feedback is a skill, we obviously set up a training. That’s logical, after all. Isn’t it?

But I know many cases where this approach didn’t work. They did not end up as a feedback-rich organisation. These training programs often do not deliver on their promise!

Feedback trainings highlight the importance and focus on the techniques on how best to deliver feedback. They explain why I-messages are better than You-messages. They instruct how to use tools like Situation-Behaviour-Feeling-Impact. They use roleplays and group discussions. They give tips to overcome barriers and develop habits. But still, they fail to create a culture of feedback.

In practice, there are three main reasons why managers don’t give feedback.
1. Managers find it just “easier not to react” (sic)
2. Managers assume the probability of behaviour change to be low
3. Managers prefer to avoid the tension it injects into the relationship

These reasons look at feedback from the angle of the interpersonal relationship with others. But also the operational context plays a role. Does the organizational or team culture stimulate giving feedback? Do influencers and other leaders practice it?

Even when given, (negative) feedback hardly works

Some people argue negative feedback has either no or a negative effect. In an interview, Charles Jacobs, puts it like this: “Negative feedback from a manager conflicts with our self-image, and so our minds reduce the dissonance in the easiest way possible, such as ignoring, discounting, or rationalizing away the feedback.”

A recent study at Harvard Business School found that negative feedback rarely leads to improvement because people tend to ‘shop for confirmation’: people who received criticism from peers looked for new relationships. Even though the negative feedback is supposed to help, it’s perceived as a threat. Shopping for confirmation is grounded in the idea that a positive view of one’s self requires social connections that help us sustain that view. If we don’t have them, we’ll look for them.

So, give up on feedback?

No. That’s not the best strategy. We expect employees to grow and improve. And feedback is necessary to do so. But at the same time, employees need to feel valued. They need appreciation for the value they bring to the organisation. So how can we create a culture of feedback?

No, start slow and by yourself

As leaders, what can we do to create a culture of feedback? We should start ourselves and start small.

1. Connect and create trust
Make sure you get to know your team members. Focus on the other for the other’s sake, not just as a means to one’s own ends. It’s not about your benefit of trying to be trusted. Show authentic interest and consider gained connection and trust as welcome outcomes of a more primary focus on the other.
At work, we often feel we should focus on task completion. But intentionally building social ties at work is important. A Google study found that managers who “express interest in and concern for team members’ success and personal well-being” outperform others.

3. Use feedforward instead of feedback
Feedback is often unsolicited and focused on the past. Marshall Goldsmith’s feedforward is the opposite. It is all about suggestions for the future. If you want to know more about it, watch the video below.

What do you do about feedback? What worked well in your company? Ever tried feedforward?