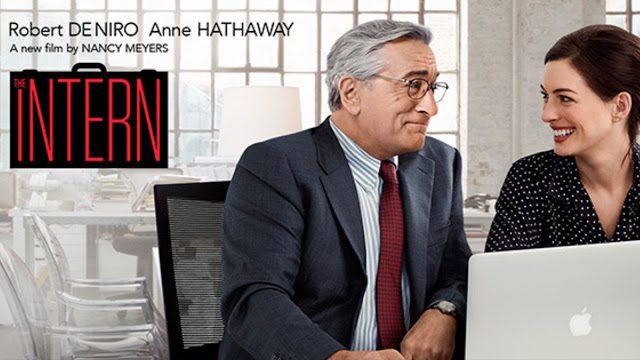 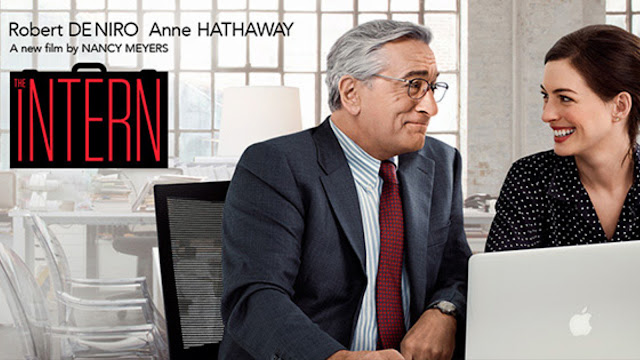 Recently, I was triggered by watching “The Intern”, a 2015 comedy-drama film written, directed and produced by Nancy Meyers. The film tells the story of the 70-year-old widower Ben Whittaker (played by Robert De Niro), an ex-executive who finds himself stuck in a boring rut after his retirement. To give his life a little boost, he applies to a senior citizen intern program and gets hired at a fast-growing e-commerce fashion start-up, working under the assignment of founder and CEO Jules Ostin (played by Anne Hathaway). The film beautifully depicts how Ben’s engagement, efforts and experience distinguish him, in spite of Jules’ initial scepticism.

Whenever and wherever the opportunity arises, Ben takes the time it takes to listen to people, give them little tips and initiate small improvements. He slowly manages to win over co-workers with his congeniality and it doesn’t take long before his positive mind-set also lands him into Jules’ good graces, who starts involving him in important projects. As a result, recognition and appreciation abound, in turn creating a positive upward spiral of motivation, cooperation and cross-pollination.

What I found really appealing about “The Intern” is that this story stands in beautiful contrast to the pessimistic analyses of our 50+ generation on the work floor – analyses that are flying around like leaves in autumn, with at their core the worrying viewpoint that workers over 50 tend to be troublesome and obsolete.

Our ageing Western population is a fact. That all of us will have to work until we are at least 67 years old is a fact too. And that the majority of workers over 50 tend to seriously lag behind when it comes to the most recent technological developments is – unfortunately so – just as much of a fact.

Add to this that our 50+ generation steadily keeps on growing, and the result is that more and more people of this generation nowadays find themselves struggling with both their mental and their physical health. Indeed, the numbers don’t lie: in the last decade, absenteeism is this age category has surged to a record high!

And so, many members of our 50+ generation are potentially facing a real threat, especially the ones working for companies who look upon their people as mere money-making “work instruments” that have to be as cost-effective and profitable as possible.

The Age of Selfies

Our contemporary society can be defined in terms of such outspoken individualism that we might as well refer to this day and age as the “Age of Selfies”: so many people feel lonely and alone these days! They might desperately try to shroud this sense of isolation by painting ideal – yet often fake! – pictures of their lives on all possible social media platforms, but in reality this practice creates nothing more than a mere illusion.

Yet people do it more than ever – why? Because it is part of human nature to want to feel at least a little important. And people sometimes do the strangest of things to satisfy this need to experience the feeling that they truly matter!

But what people actually really need is social connection – a sense of belonging and heart-to-heart communication. “The human touch” is what they sometimes call it – something which is hard to find these days, especially in our corporate world. And that is such a shame, because it is exactly this human touch that can help lift people out of their detrimental sense of isolation.

As a matter of fact, it goes even further than that: people who feel they are making a positive contribution to this world by dedicating their time and energy in a worthwhile way, are far less likely to fall ill or experience pain. Bart Morlion, a renowned pain doctor, recently elaborated on this in a striking article in De Tijd.

And so, we find that illness is often rooted in unfulfilled desires, in frustration and in social wrongs. Therefore, if we want to tackle this societal challenge, I feel we have to steer our society away from the dominant selfie-trend, and help it evolve into a service-based community: we have to ask ourselves the question how we can mean more to our fellow men and women, our colleagues and our families.

Turn a Challenge into an Opportunity

So, what if we, as a society as a whole, started to appreciate our 50+ generation a little more for the potential it undeniably has? What if we started to stimulate its members to share the valuable insights and experience they have been gathering for all of those years to help out our younger generations?

Provided we all approached this change of course with the necessary open-mindedness, wouldn’t it lead to a win-win for each and every one of us?

I am convinced it would!

People over 50 would benefit from a mental boost because we, as a society, would be conveying the message that we consider them to be of added value, rather than obsolete. As such, they would be stimulated to keep on investing in themselves. And this, in turn, would positively impact their physical health. On top of that, our younger generations would benefit from being given a helping hand to grow into happy, balanced and successful people more quickly.

Taking all of this potential into account, isn’t it high time we changed our perception and our attitude?

Of course, our 50+ generation benefits from higher wages – something which often turns their employment into an issue. I do not mean to overlook or disregard this indisputable fact. On the contrary, actually. Because what if we did the math and weighed these payroll expenses against how much it costs our society when our 50+ generation mentally tunes out? Not to mention the societal cost of the related physical ailments. Because mind and body are intertwined – we all know that! Which means the opposite is equally true: the healthier our minds, the healthier our bodies, the more energy we generate, the happier we are and the more we can do for others.

It is really that simple.

Moreover, the hidden costs of people mentally tuning out are on the rise, across the board – that means including our youngsters! Yet, often, all people really need to stay tuned is a little bit of heartfelt attention and appreciation – a listening ear and a shoulder to cry on.

So, what is keeping us from recruiting our 50+ generation to play this role it seems so perfectly fit to play? I, for starters, know several people well over their fifties, eager to take this task upon them – people with a great amount of joie de vivre, drive and life lessons to share, who are currently not employed simply because they are perceived as being too expensive.

I think it would be a solid policy to start stimulating the employment of our 50+ generation – all necessary financial means included! In an ideal world, the tax wedge, as far as our 50+ generation would be concerned, would become close to non-existent. And we would also benefit from reconsidering the existing rule regarding the number of allocated days off as a reflection of the number of years worked: as it stands, this often leads to undesired disproportion, making for the fact that employers in certain sectors are anything but motivated to hire employees over 50.

A Sense of Meaningfulness above all

Humans are a profoundly social species: our need for a sense of meaningfulness and our drive to connect with others, are embedded in our biology and evolutionary history.

Or to quote William James, a well-known 19th century philosopher and psychologist:

“If any organism fails to fulfil its potentialities, it becomes sick” – William James

This is exactly what we see happening in our society today. People are not triggered enough to keep on growing and fulfilling their potentialities, definitely not after a certain age. Because once people turn 50, the process of being considered “obsolete” sets in. This shared, societal mind-set has a negative impact – be it unintentionally – on a large part of our population, and it in turn stimulates its own exponential growth.

We need to counter this trend!

Our society is in dire need of more role models such as Ben Whittaker in “The Intern” – people who do their best for others, and who are rewarded for doing so. We, as a society, urgently need to make an effort to prove that our 50+ generation is anything but troublesome and obsolete… just as it is up to our 50+ generation to do the same! It is our joint task to motivate this increasingly large segment of society to stay active by acknowledging their wisdom, appreciating them and challenging them to keep on contributing to our world.

In my company, I have 2 very special people working for me – one of them is 70 years old, the other one 72. On top of that, there are several of my other employees who are well in their 50s and older. It is so beautiful and inspiring to see in which way these people show up at work every morning: eager to start their day, engaged, ready and capable of making a difference – both within and outside of our company. And it is truly remarkable and a joy to witness how having a sense of meaningfulness in life goes hand in hand with a stable and healthy mental and physical condition, and high energy levels – regardless of age!

So, YES, there is another way… and isn’t it high time then for a paradigm shift in the right direction?